The Government of Canada has invited 3,900 Express Entry candidates to apply for Canadian permanent residence in a new draw held October 3. The minimum Comprehensive Ranking System score for this draw was 445.

Today’s invitation round was the third draw from the Express Entry pool in three weeks and marks a return to 3,900 Invitations to Apply, or ITAs, for all-program invitation rounds — the largest number drawn in 2018.

Candidates are ranked according to their Comprehensive Ranking System  (CRS) score, which awards points based on factors including work experience, education, age and proficiency in English or French, Canada’s two official languages.

The highest-ranked candidates are issued an Invitation to Apply , or ITA, through regular invitation rounds.

The following are hypothetical examples of candidates who would have obtained an ITA in today’s draw:

Mohammed is 36 years old, holds Master degree and has been working as a financial analyst for five years. He has an advanced English language proficiency. While Mohammed has never worked or studied in Canada, his CRS score of 447 would have been high enough to obtain an ITA for permanent residence in the October 3 Express Entry draw.

Sunita is 28 years old, holds a Bachelor’s degree and has been working as a business consultant for three years. She wrote the IELTS and scored an 7 in each category. While Sunita has never worked or studied in Canada, she has a sister who is a Canadian permanent resident residing in Toronto. Sunita’s CRS of 448 would have been sufficient to obtain an ITA in today’s draw.

Carlo is 33 years old, has a Master’s degree and has been working as a professor for five years. Tor wrote the IELTS and obtained an 8 in each category. While Tor has never worked or studied in Canada, his CRS of 445 would have been sufficient to obtain an ITA in the latest draw.

Nisha is 30 years old, holds a Master’s degree and has been working as a university admissions officer outside of Canada for 4 years. She took the TEF and obtained a score equivalent to CLB nine (9) in each category. Nisha also wrote the IELTS, and obtained a score equivalent to CLB six (6) in all categories. Her CRS of 458 would have been sufficient to obtain an ITA in today’s draw.

Have any Question for Immigration in Canada? please send us by our Free Online Visa Assessment to find out what options may be for you to migrate Canada. or you can contact us on +971 4 514 8289

The diversity visa lottery also known as the Green card Lottery is an annual program provided by the Canadian government that enables up to 55,000 people from underrepresented countries to obtain immigration cards. In 2019, the program called the DV-2019/20 is open to everyone who meets the basic requirements of being from an underrepresented country and has a family-based preference from a country that is eligible. Eligibility and Requirement: To be eligible to enter this lottery, your native country should…

No job offer? No worries, new Express Entry report confirms that candidates without a Canadian job offer have been the big beneficiaries of targeted improvements to the way candidates are ranked. There are different ways to apply for a Canadian PR without a job offer.  Federal Express Entry: This is one of the simplest, easiest and most popular programs to apply. This is a point-based based system in which the applicant profile is assessed on the basis age, work experience,…

IELTS or CELPIP? Which is better for Canada Migration!!

Are you planning to immigrate to Canada, so you must be aware of language proficiency, which is one of the important immigration requirements? High score in English proficiency test can make a big difference in your Express Entry Comprehensive Ranking Score (CRS) and increase your chances for selection. There is two test that an applicant can take to improve their CRS. These both tests are accepted by the Canada immigration and citizenship. Canadian English Language Proficiency Index Program (CELPIP) International…

Top countries to boost your career in 2018

The world’s well-developed countries such as the USA, Germany, China, and Japan are the first few countries that will come to your mind if you’re thinking to boost your career. However, have you ever thought about that what are your chances of being hired abroad according to your profession and skills?  There are some other countries where you can boost your career.    Oceania Australia and New Zealand are also the top destinations for qualified and professional expats. Even though… 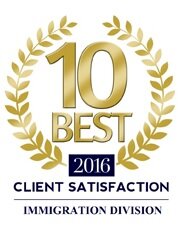